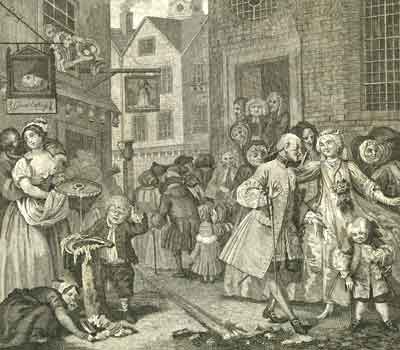 I began reading Jane Austen as a high school student in an honors English class. As a white woman from an upper-middle class family, I have been the recipient of a great deal of generational opportunity and privilege, as did Austen herself. And I do know it. While I am grateful for the opportunities I have had in my life, I am also very well aware of how unfairly those opportunities have presented themselves over the past 200 some years, and that where I sit now, in my warm kitchen with plenty of food in my cupboards and very little financial concern, is itself a reflection of all the opportunities of all the generations of my family which came before me – German immigrants who settled on an abundant farm of 250 acres and remained there from 1836 until 2020. Interestingly, the generational wealth and stability resulted my father’s generation being the first to go to college – he and his three brothers – all of whom went on to receive degrees in Engineering and Pharmacy and not agriculture. My youngest uncle farmed until his retirement and then all the land was sold. All of which is say that where I stand right now is absolutely a result of the stability, privilege, and opportunity my ancestors received, also mainly because they were white and there were plenty of healthy men to keep the farm working and well stocked with children and grandchildren. If any portion of this sounds self-aggrandizing, I deeply apologize and in truth, my aim is the opposite because I realize that every human body is itself a product of the hundreds of years and countless generations that came before, those who had a negative influence just as much as a positive influence. Where I stand now has almost nothing to do with my own abilities or accomplishments. Just as I have benefitted from generations of opportunity and stability, others have suffered from generations of closed doors, oppression, poverty, and prejudice. It is to this that I wish to turn today.

Some twenty-three years after my first foray in Austen, my gaze has shifted significantly. In light of the MeToo and Black Lives Matter Movements, as questions of gender inequality, generational povery, and systemic racism have arisen and finally been given the somewhat more accurate and unfiltered examination that they deserve (though so much more is needed), I em engaging with Austen’s texts in a very new way. Instead of focusing on the lives of Marianne and Elinor, the impoverished Dashwood’s (who still, ahem, manage to have two servants to wait upon them), and the catastrophic wealth of Mrs. Ferrars and the ways in which she uses it to both terrorize her family members and withhold it from those who need it, I find myself thinking about the lives of the characters who live off the pag. Underneath it is perhaps a more accurate description. The lives of two servants who are chosen by the Dashwoods to move with them a great distance from their home in Norland to their new home in Devon. Did Thomas or Betsy have family nearby? Who were they leaving behind in exchange for consistent employment from a good mistress? Or what about poor Eliza Williams, that fallen woman who will live out her days in shame and little less than poverty somewhere in the country? Sure, Brandon is going to take care of her and one imagines it may not be so bad, and yet, what chance will she have to marry or to otherwise have meaningful friendships? She is outcast and will remain so.

The danger in Austen is the potential amongst its readers to imagine that everyone in the Georgian and Regency eras lived as Austen characters did – even as Austen herself did. This belief is as flimsy as a balloon – one even moderately sharp poke into this belief will pop it immediately. The tragic truth is that the majority of the population – as in the 99% of which I and probably you belong – was the experience of the majority of Britain’s and the rest of the world’s population.

And it was grim.

Cramped, dirty, with no medical care and little education. Jobs scarce and everyone underpaid and poorly treated. Children working in mines, factories, refineries, and whatever else just so their family could survive. And survival it was – basic needs only. The majority of Austen’s chronological contemporaries had no idea who she was because they worked from the moment they awoke to the moment they fell into an exhausted heap, only to do it all again the next day.

So what I want to offer here are some videos that I’ve discovered recently which show the more accurate and grimier existence of those in this era:

From here, a plethora of similar documentaries will present themselves and I hope you’ll explore more. I still love Austen – as a writer, her keen gaze understood deeply the humanity of which she wrote and whether someone was poor or fabulously wealthy, they could be as stingy as a Mrs. Ferrars, as prejudiced as Lady Catherine de Bourgh or as morally corrupt as General Tilney and his son. But I suppose it’s a lot more pleasant to be unpleasant when one has an overflowing bank account and plenty of servants to keep under one’s boot.

And for those who prefer a reading journey:
Jane Austen’s Fiction: An Accurate Portrayal of Life in Georgian England?

The Real Georgian Era. The Realities that Jane Austen Forgot?